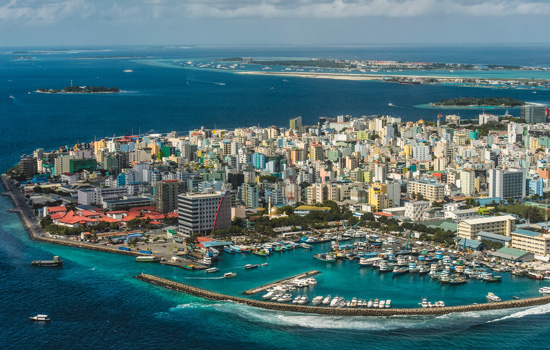 Among countries in South Asia, Maldives has the second highest gross domestic product (GDP). Tourism is the most developed industry and the main reason for the economy growth and job creation. The first resort opened in 1972 and today the country has over 85 resort complexes with capacity for 600,000 tourists who visit the country annually.

Fishing is the next leading industry in the Maldives and employs half of the country's working population, concentrated in the private sector. Half of the fish catch is exported outside the country. Besides being an industry, fishing is also a recreational activity for both locals and tourists.

Agriculture and manufacturing continue to play a minor role in the economy, limited by the availability of arable land, irrigation water and domestic labour. A significant proportion of agricultural produce is imported, while crops grown in the country include coconut palm, jackfruit, bananas, mangoes and poultry. Industry in the Maldives consists mainly of garment and souvenir production, boat building, and handicrafts. Maldives' main trading partners include India, Sri Lanka, Thailand, Malaysia and Singapore.